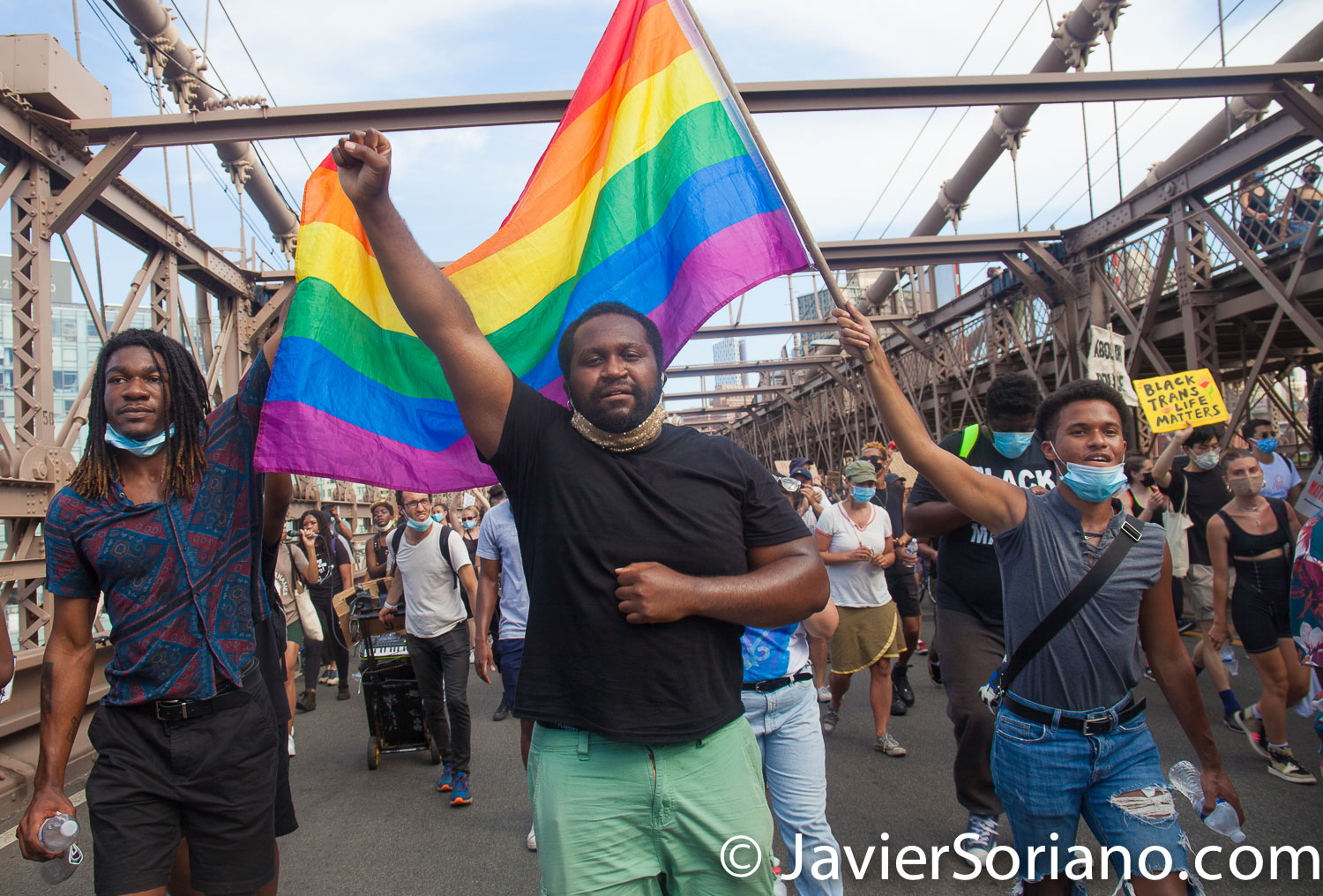 Friday, July 24, 2020. New York City – As a journalist, I have been covering demonstrations for many years. Many of those protests have taken place on the Brooklyn Bridge.

The photos below are some of my photographs.

Oliver Milman wrote the article “New Yorkers vote in special contest to reimagine famous Brooklyn Bridge” on The Guardian reports, “The public will be able to vote online over the next week for one of six finalist designs chosen for the bridge, which opened in 1883 to connect Brooklyn and Manhattan and has since become a popular magnet for tourists as well as vital route for commuters.

The New York city council launched the design competition earlier this year, along with the non-profit architectural organization Van Alen, amid concerns the bridge was becoming overcrowded and cumbersome for users.

An average of 16,500 pedestrians crossed the bridge each day last year, with the number of cyclists doubling over the previous decade. A narrow walkway, divided between pedestrians and cyclists, is suspended above six lanes of car traffic. This space can often be hazardous, with cyclists having to dodge selfie-taking tourists.”

vanalen.org says, “The Brooklyn Bridge is one of New York’s most recognizable landmarks, and holds a special place in our collective imagination.

Since opening on May 24, 1883, the bridge has taken on near-mythic significance in New York City. Its striking form has captured the imagination of some of the nation’s most prominent artists. Its enduring iconographic power makes it one of the most photographed locations in New York. In popular culture, the bridge is a symbol for the city itself, used in countless establishing shots in films and television.

But that iconic status comes at a cost. Prior to the COVID-19 pandemic, at peak hours the promenade was crammed, uncomfortable, and sometimes unsafe. Thousands of pedestrians and cyclists crossed the bridge every day. In response to these conditions, the New York City Council and Van Alen Institute launched Reimagining Brooklyn Bridge, an international design competition that aims to spark a new public conversation about New York City’s infrastructure.”

Voting is now open — Click here and choose your favorite proposals by July 30!